For Interviews or other media related requests, please send a request via the CONTACT page.

Justin has also been featured on FOX News, ABC News, appeared in Business Week, and was interviewed for other mainstream media channels including; The New York Times, and Channel 4 Television in the UK for the documentary “Rules Of Seduction.” 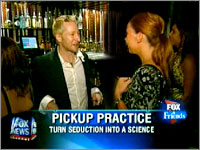 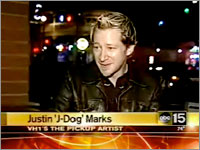 
CLICK the play button above to listen! (you can click in the audio timeline to move forwards or backwards)

Radio Interview by Johnny B. (Jonathon Brandmeier), Chicago’s top Talk Radio show on The Loop 97.9 FM. I had been guest speaking and coaching a weekend workshop for women with Dr. Paul Dobransky. It was a truly amazing experience that concluded with this crazy and fun interview.

We had only slept about 3 hours from our final night on the town with the ladies, but that didn’t stop us from meeting the infamous Johnny B.

The Scott and Pam Radio Show, Phoenix, AZ, 2008. Definitely a stellar time hanging out with these two, who were genuinely curious to learn more about the whole pickup artist thing. My camera was only working for part of the interview, so I only captured about 15 minutes of the full 2 hours.

*Ignore the phone contact number in this video it is incorrect. Use the contact form to get in touch.