You are here: Home / Blog / Having Leverage On Yourself 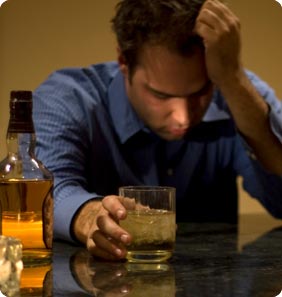 I was having an interesting chat with one of my wings recently. He said that I was unusual in the way that I stuck with learning, and practicing even when I wasn’t getting the results that I wanted. He said that from his time in the community most guys will get disillusioned and quit. He put it stronger by saying that most guys just can’t deal with getting emotionally pummeled on a regular basis from all of the rejections. So they quit before ever getting to the point where they actually start to “get it”, and they never really see consistent positive results.

So I described to him my motivation to keep going. It wasn’t a strong desire to have sex with swimsuit models, although who wouldn’t want that. Yes, wanting hotter women was a factor, but not the factor which kept me going. My emotional leverage was actually comprised almost entirely of negative feelings. I was so completely miserable that I didn’t want to live the rest of my life that way.

For a long time I came off creepy using too much NLP (Neuro-Linguistic Programming.) I used a lot of canned game, peacocked far too much a lot of the time, and eventually I did start seeing some good responses, but It took me a long time before those smiles, and laughs turned into me actually dating or sleeping with the girls that I was meeting.

I had to recognize the little victories, such as; disarming the AMOG, or getting a girl to laugh or listen to me longer than normal. I also had to shut out the pummeling from my mind, and had to stay focused on what was working, and what I was learning from each interaction. I kept a journal, and would often be seen vigorously writing in my moleskin about the girl I just met.

There were times, perhaps after a few months of thinking positively, where I would get disillusioned myself. Thinking such things as, “It doesn’t work.. yeah girls like me socially as a friend, but they are still not sexually attracted to me.. it works for some guys because they are better looking!” Then I would want to quit. I would start thinking negatively about my self image again. Aarrrgh.. I wanted to scream!

So what stopped me from giving up? I had such strong emotional leverage that I wouldn’t allow myself to stop trying. I didn’t want to go back to feeling completely shitty about myself. So I forced negative thoughts to the back of my mind.. forced a smile, and kept chipping away at it. I had ups and downs.

Over the years I’ve had this conversation with many friends who have far more life experience than I do, about the concept of emotional growth through pain. Anyone who has been through difficult times, and recovered from it will most likely agree that there is some merit to the phrase, “What doesn’t kill you makes you stronger.”

Granted my motivational strategy was to the most part moving away from a place of strong emotional pain. Anthony Robbins

, Richard Bandler, and others in NLP circles suggest that a healthier motivational strategy would be comprised of moving away from the place of pain, and moving towards a place of happiness or pleasure. Bandler, I believe coined the term a propulsion system to describe this.

Their theory is that if you only move away from pain then you may fall into the trap of wanting to replace it so badly that you don’t take the time to define where you actually want to be. Which can lead to landing in another painful situation, and therefore just bouncing around life that way. Of course they were talking in more general terms of goal getting, and making positive life changes.

Another key component of staying on track was creating a healthy Review Process. What I mean by this is that you have a choice when learning. You can either replay all the things that went wrong, and loop through all the embarrassing things you did in the interaction.. or you can externalize the review process and replay it like you are analytically watching an educational story in your mind. Rewarding yourself for the things that you did right no matter how small, and noticing where you can improve next time.

To summarize the two points that I’m making in this article:

To learn anything to a good level it often takes years. It’s a fundamental principle of existence that to achieve anything of real value in life you have to be willing to put in the effort, and really work at it. You also have to be prepared to fail… a lot! The most successful people have a different viewpoint of failure, they call it learning how to be successful. Hmm.. I wonder if such people have already adopted a healthy review process?